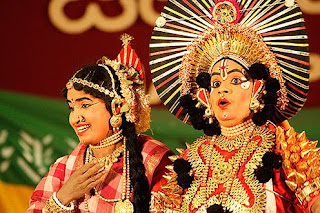 A ‘Janapada jaatre’ (folk art fair) will be held in Kodagu on October 31, as a part of Suvarna Karnataka celebrations at Fort premises in Madikeri, said district co-ordinator Addanda Anita Karyappa.

More than 200 folk artists are expected to participate in the fair. They will exhibit folk dances of Girijana, Maleya, Panika, Dafaata of Kodava Muslims.

As many as four programmes will be held in the month of October and November as a part of ‘Janapada jaatre’. The Government has sanctioned a grant of Rs 1.30 lakh for the purpose. Artists from outside the districts will be invited for the fair in November. 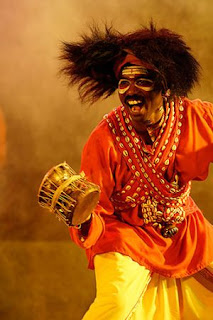 "Kuttichatha Yuvati Mandali" , Kodagu Heggade Ummathat team, Kirgoor
Ummathat ‑ dance performed to appease goddess Cauvery. The other name of this dance is Mohini dance. Kodagu women folk wear the Kodagu national dress with jewellery, ribbon on the forehead and kum kum, holding the brass cymbals in their hands, in a swinging rhythm, dance in a circle. At the centre one women stands with a pot full of water. She represents water deity 'Kaveri'. Kodava people worship the 'Kaveri deity' as their community goddess. This dance form is very famous, especially the soothing music, the dance is very popular during kodava festival and during wedding. 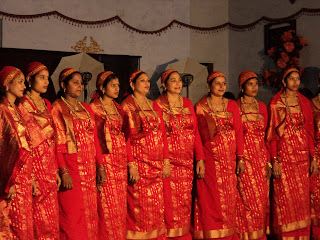 "Kuttichatha Yuvati Mandali" , Kodagu Heggade Ummathat team, Kirgoor was formed almost since a year as of now, the team is peforming extremely well and are recognised almost everywhere. The team consists of 13 members with 2 singers 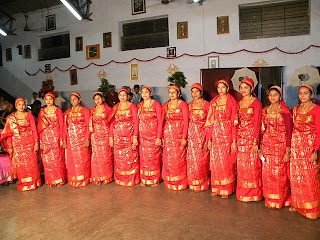 1. Participated in Go Yatra from Gonikoppa to Ponnampet organised by RSS in 2009 Dec
2. Part of Hampi Utsav in january 26 2010 - programme was broadcasted in telivision
3. Won 2nd prize at Kodava Sahithya Samskrithika Mela, cultural fest held at Ponnampet in March
19 2010
4. Participated in Tulu Sammelana on March 29 2010 at B C Road
5. Invited to Goa to perform for the Kodava Samaja at Goa 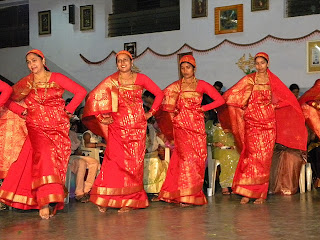 3rd September, Revisit and rethinking a must on our Festivial Kailpold?

The people of Kodagu who speak the Kodava language or the Kodagu language are celebrating the festival of Kailpold on 3rd September which in... 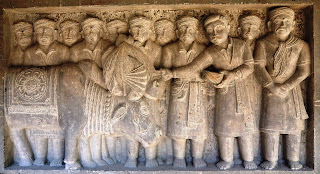